Part 5 of 20 in a series examining the interplay of Data Science, AI, the media and advertising. Thus far in this series we’ve examined how:

What drove the changes that everyone perceives in the media industry?

At the same time as technological evolution created new media… from stone, to wood, to metal, to paper, to print, to electromagnetic waves, to electronic signal, to computers, to optic fiber… these new technologies created new ways to communicate.

Within each medium technological advances also created new efficiencies. For example, in the middle ages improvement and specialization in metalsmithing made the production of durable metal signs easier and more affordable.

The communication on paper was handwritten and then the invention of the printing press, which like every new technology requires adoption to reduce its cost, reduced the cost of the physical process of placing the ink of the paper while improvement in paper technology reduced the cost of the actual paper. Combined, these two efficiency improvements allowed newspapers to proliferate.

Radio saw big progress in the evolution of vacuum tubes, then transistors, then in electromagnetic and antenna technologies. Evolution in transportation technology allowed reporters to bring their equipment further, faster. Then new recording technologies allowed programs to be created and assembled ahead of broadcast.

The development of powerful computers that allowed for real time processing of information coupled with advances in telecommunications brought us the internet and now streaming audio and video into the palm of our hand.

Content creation, production and editing saw amazing progress with computers: from word processing for press journalists, information storage and retrieval systems for all sorts of content, overall content editing systems, going from complex film processing to digital images, going from notes to tapes to cassettes to digital recorders… the list is endless of technological evolutions that have made the production of complex media content cheap and easy.

Throw in technological evolution in industries tangential to content production… lower cost fabrics allow costumes to be made for less cost, ditto for movie sets and so on. These lower costs enable the higher cost of more sophisticated designs while the ability to reaching a wider audience in turn spreads out those high design costs. An explosion of media outlets available for advertising As technological advances reduced the cost of media production they lowered the barrier to entry. Consequently, not only did the type of media increase, but within each type the number of outlets increased as well. 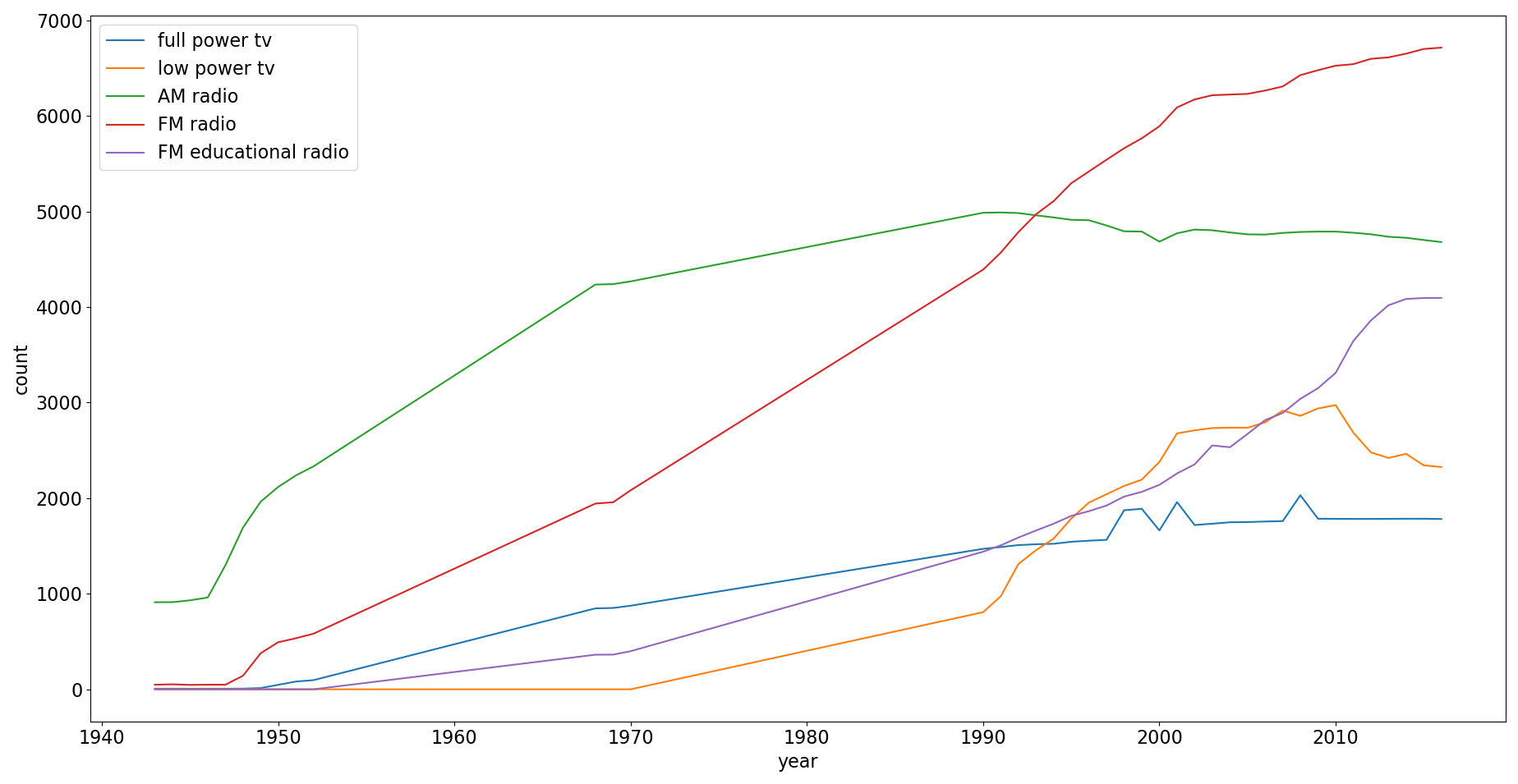 The number of media outlets available for advertising in the United States alone is mind boggling! (Part 6 will discusse the global market):

Let’s first look at the challenges faced by advertisers. Put yourself in the shoes of a major consumer brand that could potentially advertise via any or all of these media.

What do you do? Where should you invest? How do you practically do it?

At a high level this is just a simple ROI calculation. But, and it’s a big but, that calculation requires a tremendous amount of information on each of those outlets and deep information about their consumers if you are going to maximize your ROI.

Yes, the most recent advances in data processing makes that information available, but the answers to our questions don’t lie only in past data because advertising is fundamentally an investment in the future.

An advertising campaign needs to be planned, executed, and its return evaluated.

Rational and effective campaign that optimizes the mix of venues for maximum ROI requires being able to reliably forecast everything from who will consume every potential outlet you could use, how much will it cost to place your ad with those outlets, and what will the consumer response be.

Given the multitude of variables and options this seems like a daunting task, and to some extent it is, but as we will see in future parts of this series there are reasoned and productive ways to think of this problem, and how, by leveraging Data Science, businesses can find effective solutions to this complex problem.

Now let’s look at it from the perspective of the media outlet who must have profits after they have made big investments in people, infrastructure and technology.

Data Science is also key in helping make the key decisions to run these businesses as profitably as possible. It helps in the fight for audience, content selection and production, financial decisions of all sorts, and even HR.